Art Enables is thrilled to present the work of DC-based visiting artist Mary Early with the site-specific installation “Līnea XI”, featuring linear wax forms suspended from the gallery ceiling. This installation is the eleventh in an ongoing series of vertical works begun in 2017.  Over the past few years, Early has developed a method of casting slender beeswax lines to create an inventory of objects that may occupy a space to its limits or create a space within a space. Working with the viewer’s spatial perception and preconceptions, the beeswax lines and their natural yellow color create a glow as they assemble and converge. While these forms have their own innate physical allure, Early seeks out spaces that allow for vertical partitions that call attention to the space, rather than the objects themselves.

Previous iterations of this work have all been temporary installations, with their scale, complexity, and depth determined in response to the architectural space at hand. Early’s prevailing goal is for her work to respect the history of a space, its past inhabitants, and its current and future uses. Art Enables’ building at 2204 Rhode Island Avenue has a quiet and resonant past. Originally built as a butcher shop in the 1920s and later in use as the Woodridge neighborhood’s public library, the lower level has a raked floor, grading approximately six inches over a fifty foot span. This subtle detail becomes more prominent when highlighted by the introduction of strict vertical hanging elements. Viewers are invited to explore the space in a new way, guided by the suspended, linear forms highlighting the idiosyncrasies of the existing space while transforming it into a new, sensory experience. 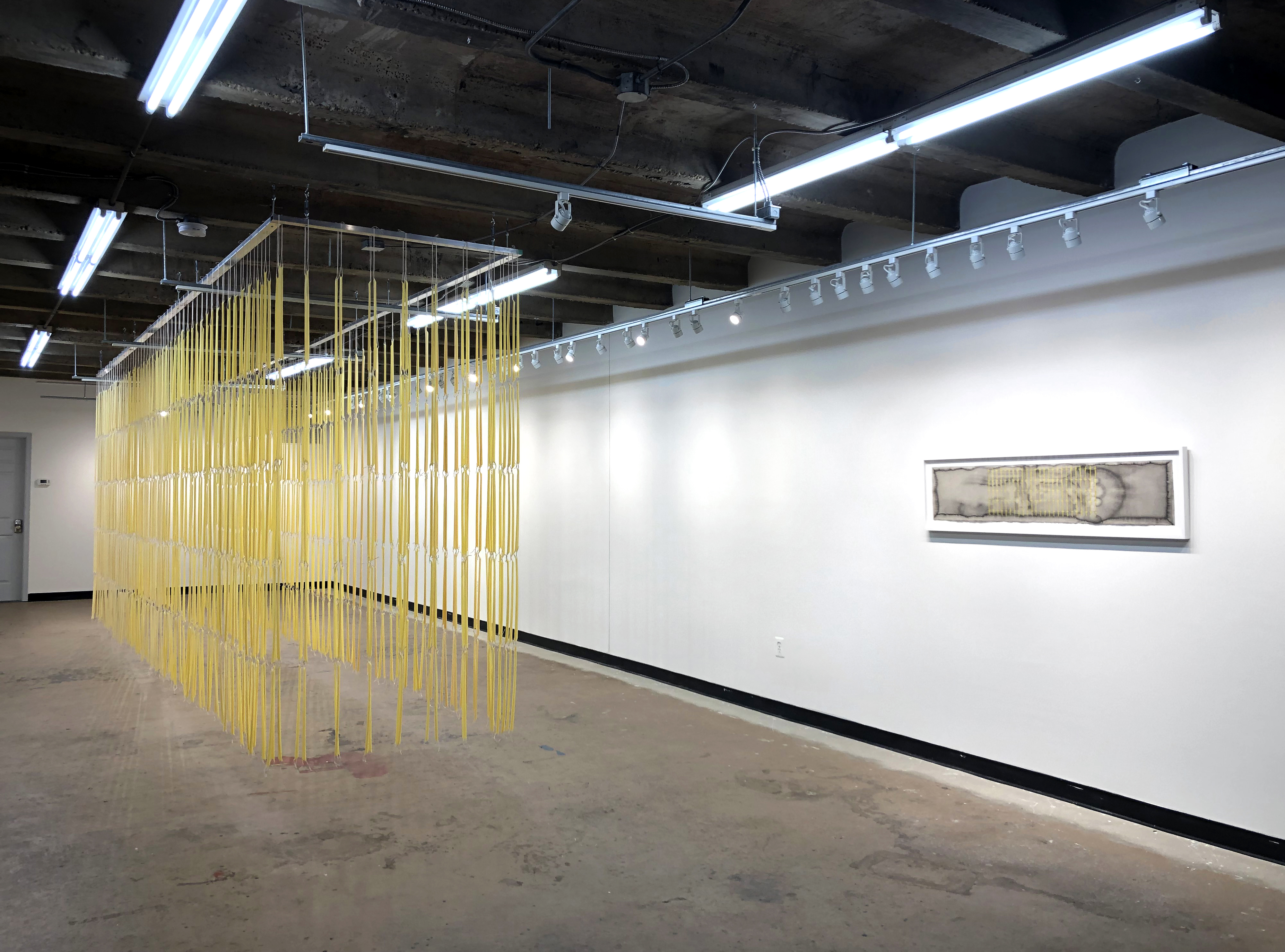 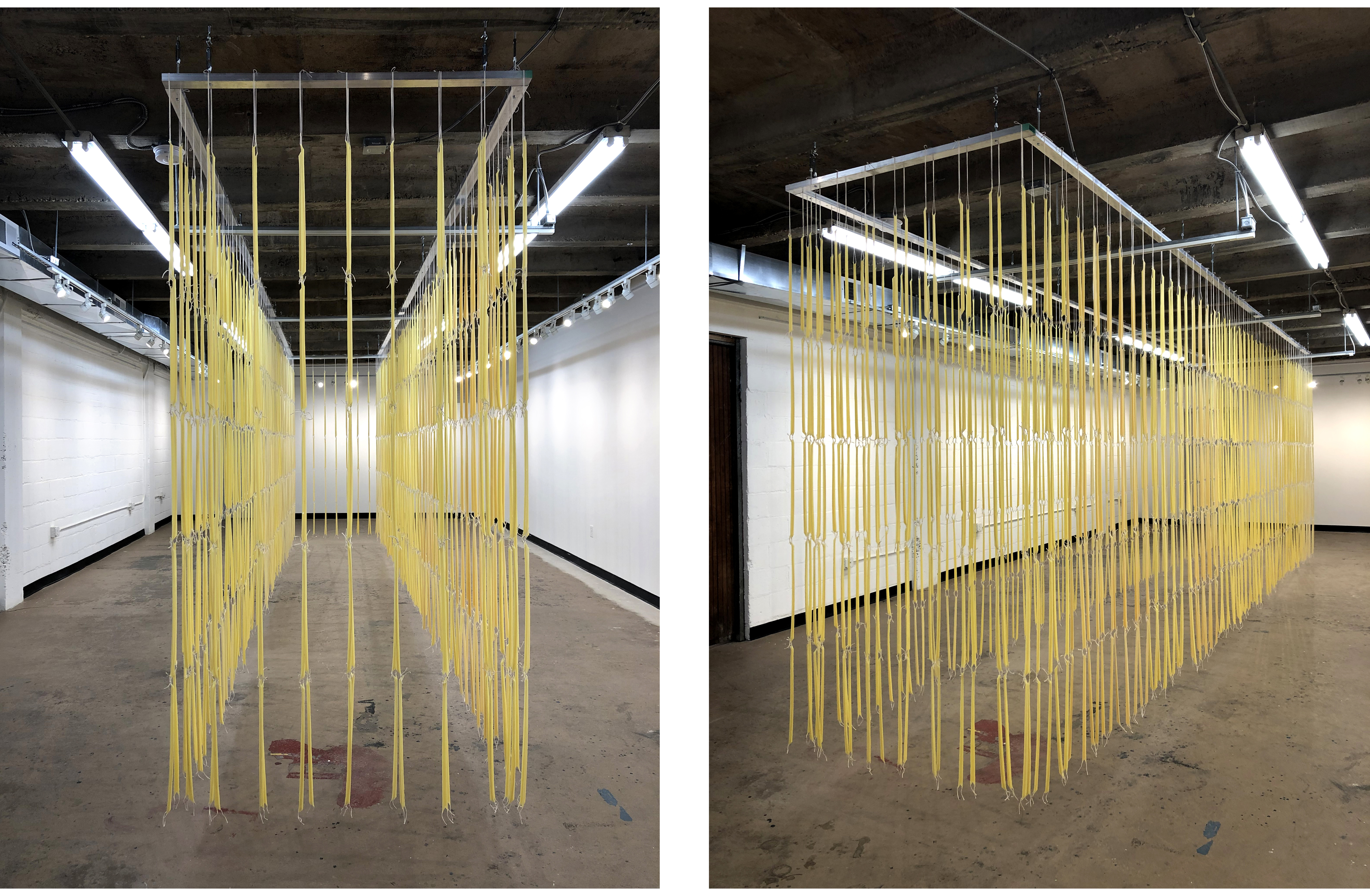 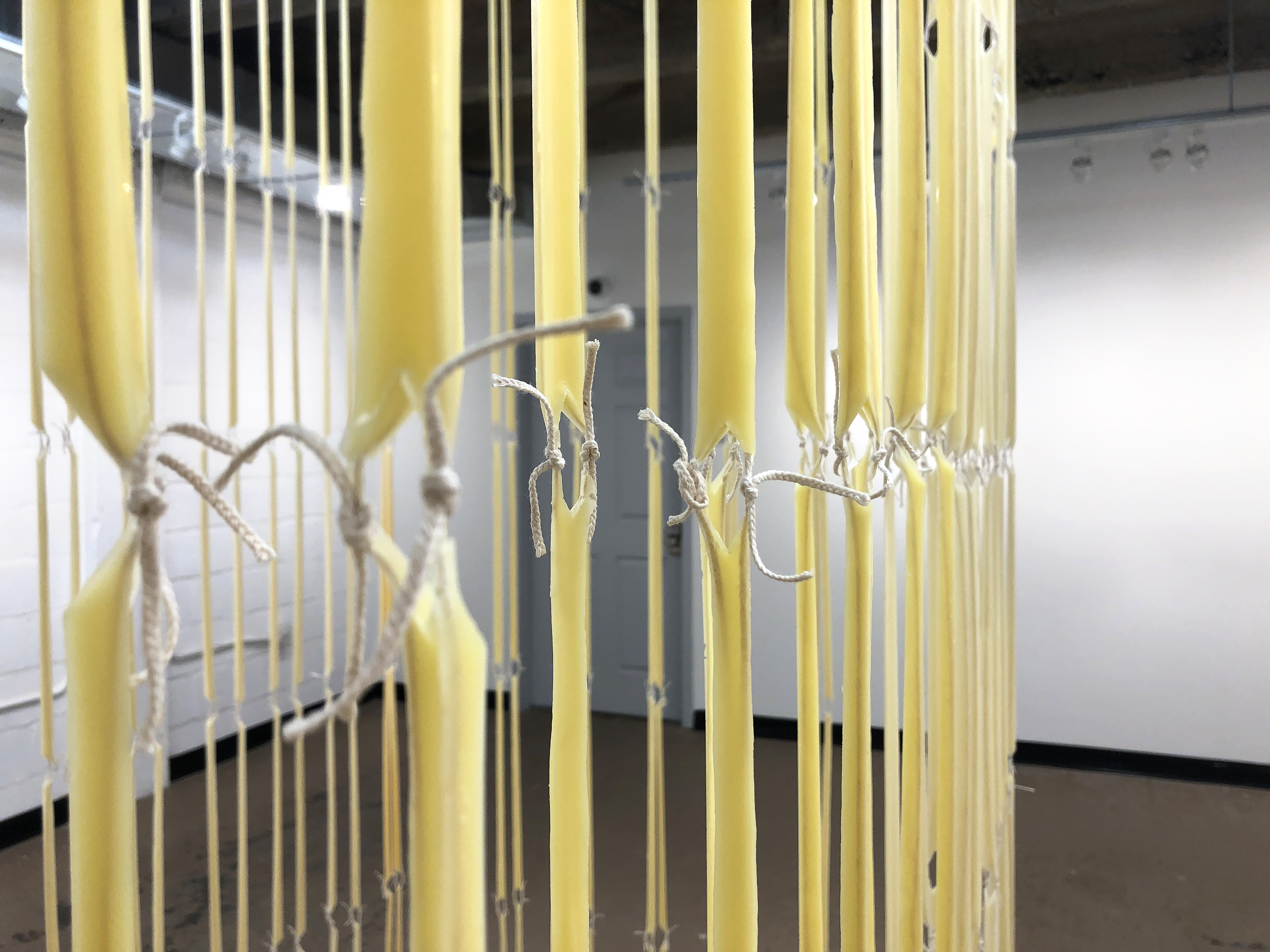 Mary Early (born 1975, Washington, DC) lives and works in Washington, DC. She studied visual art, film, and video at Bennington College, and her work has been exhibited at the United States Botanic Garden, Washington Project for the Arts, the Corcoran Gallery of Art, Second Street Gallery (Charlottesville, VA), Hemphill Fine Arts (Washington DC,) the Austrian Cultural Forum (Washington DC), Galerie Im Ersten (Vienna, Austria), Kloster Schloss Salem (Salem, Germany), Kunstlerbund Tubingen (Tubingen, Germany), and the American University Museum (Washington DC) among other regional and national galleries. Early’s work is included in the collections of the US Department of State/Embassy of Panama and Embassy of Jordan, the District of Columbia Art Bank, the American University Museum (Corcoran Collection) among other public and private collections. She is a recipient of the Artist Fellowship Grant from the DC Commission on Arts & Humanities, Washington DC (2022, 2020, 2019, 2018, 2017, 2016, 2015, 2014, 2011, 2009, 2007).

Her early work incorporated formed concrete, tarpaper and paraffin wax, fabricated wood structures, and, increasingly over the years, surfaces coated with wax as a method of preserving or concealing an object within. Recent works have relied solely on solid forms cast in wax, abandoning the use of any permanent armature. Temporary installations are guided by schematic drawings and plans, which then serve as a permanent record.

Art Enables is dedicated to providing access to everyone.

If you require accommodation during your visit please contact info@art-enables.org with your request.

Studio Hours (for resident artists only)

Hours of Operation (Adjusted due to COVID):